In this midst of our roll out of our new #‎PressNotPaparazzi‬‬ branding campaign, that began just last Tuesday in celebration of our 20th anniversary, wow … this article speaks to exactly why! #‎RothStock

Just look at that shot in the article of Christina Aguilera at The Ivy Restaurant!

“We do not condone nor do we participate in such activities. Never Have. Never will! Nor will anyone who ever shoots for Roth Stock Digital Media!!!” — Lee Roth, Executive Producer

In the article, Claudia talks about Britney Spears and her infamous meltdown. I was asked by three different agencies to, “Go on the Britney tour” during that time. They didn’t mean traveling with her band! And it was for a LOT of money all three times.

I declined them all telling those agencies to, “Look a my work! What do you see? Lots of eye contact and happy, smiling faces.”

Had I gone on the “Britney Tour,” those happy smiling faces giving me eye contact and waves, and nods, and showing me their statuettes (that’s an exclusive shot of Peter Jackson below resulting from a personal connection we made at the Director’s Guild Awards a few weeks before) … that. would. have. all. ended!

To this day, no second thoughts. I sleep very well, thank you! 😉

And this quote from the article (beneath the “Fade Out” sub-heading), is just about the same timing, and the exact same reason, I began to realize my full-time days on the red carpet were numbered, 2008, “Newsstand sales plummeted, and never recovered.”

Also read Claudia’s statements in the article about Corbis and Getty subscription deals that began in earnest in 2011. In fact, some of those deals existed quietly under the table for a few years already. I bumped into one from a publisher in 2007, who told me that Roth Stock was an approved vendor, but due to their “exclusive” with one of the above named agencies, he cautioned that between his 13 publications, they might use 12 photos from us in total annually.

“Those subscription deals, combined with the collapse of the print world, were the nails in the red carpet coverage coffins too, in fact, for any freelance entertainment photographer, worldwide.” — Lee Roth.

Back to Claudia’s article, “Harrison told BuzzFeed News one photo that ran on the cover of the National Enquirer got him 15 cents.”

As a direct result of these trends, I left the daily red carpet routine in August 2010 and began studying how to implement the process outlined below by learning the backend of live coverage field editing, and with a position as a photo editor/picture researcher at a major publisher where I learned the buyer side of the business.

That is exactly what we began doing at Roth Stock Digital Media in 2013. Laying the groundwork in preparation for a change in business plan and revenue streams as we emerge from our transformation from photo agency, into a full-service production company for photo/video.

Currently with five photographers, two of whom may serve as field editors, a videographer/video editor, and voiceover talent (male or female), Roth Stock Digital Media expertly handles everything from simple headshots to multi-stage live event coverage, with deadline global syndication service from backstage should it be needed. For even larger events, additional assets including photographers, videographers and field editors are on call. ‪#‎PressNotPaparazzi‬ ‪#RothStock‬ 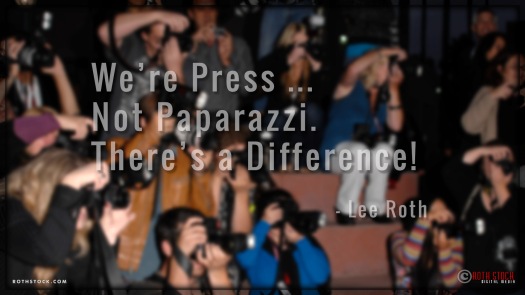